Space and our Solar System

Our star was created by a nebula, and all the gas was collected in one big gravitational pull. This is where our solar system was created. There is trillions and trillions of galaxies which contain trillions of stars and planets, which was all created by the Big Bang. Our solar system has nine planets, which are very fascinating. Mercury’s surface is similar to the moon's surface. In the text Venus from WorldBook, it states, “Venus appears brighter than any other planet.” This is because Venus’s clouds reflect most of the sunlight. Venus is also hotter than any other planet, though it is the second closest to the sun. This is due the fact that Venus is filled with carbon dioxide. Earth is our home planet, the only planet that sustains life in our solar system. Mars’s surface is made of weathered iron materials. Jupiter is the biggest gas giant. Saturn’s contain ice particles that travel around the planet, stuck in saturn's gravitational pull known as its ring. Uranus is tilted to its side, we don't know why though scientists think a meteor pushed it to its side. Neptune’s atmosphere is a thick layer of clouds. Pluto is about 40 times (40 AU) as far away from earth. These are all of the planets in order, in our solar system. 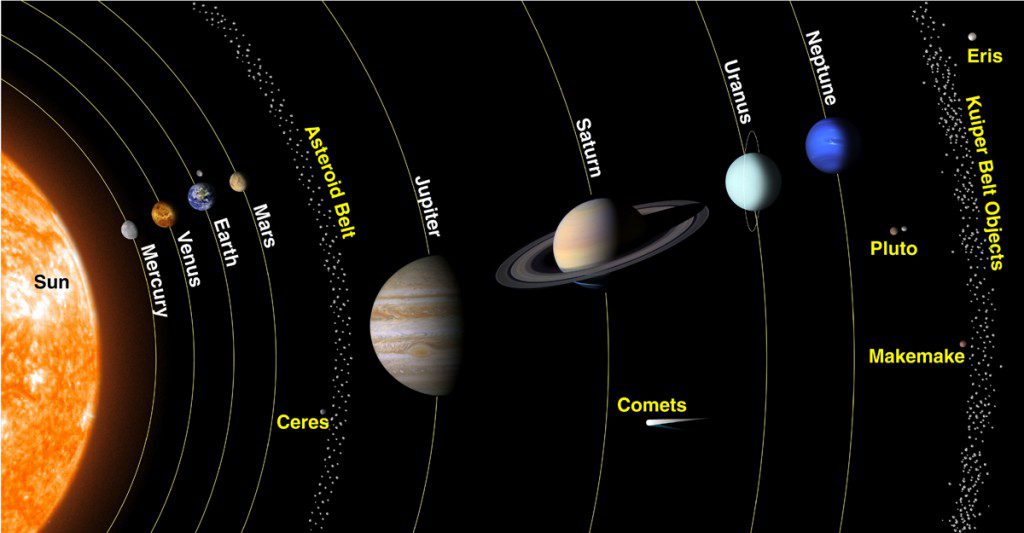 Latest update was on 11/29/2017 Created by Andrew Ransin Contact me at ransina1552@parkwayschools.net